Ottawa, ON (February 9, 2022) – Taekwondo Canada is pleased to announce the election of Master Eric Wah as the new Referee Chair with the National Governing Body. 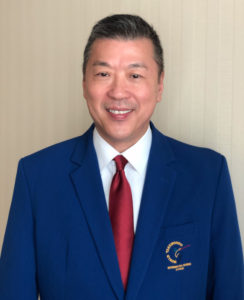 Master Wah was Referee Chairman for Canada from 2010 to 2017, as well as Pan American Taekwondo Union (PATU) Referee Chairman and current World Taekwondo (WT) Referee Committee Vice-Chair. Master Wah also attended the Tokyo 2020 Olympic Games as a referee. As part of his duties, Master Wah will lead the organization’s referees through training and development and provide leadership during national and international events. The Referee Chair position also oversees the Taekwondo Canada Referee Group.

Taekwondo Canada Executive Director Dave Harris said of the election of Mr. Wah, “On behalf of Taekwondo Canada, I would like to congratulate Eric on his election as Referee Chair. I know that Eric’s hard work and dedication to the sport will lead to the development of the taekwondo referee program in Canada. I look forward to working with him in the future.”