Passing of a Pillar of Taekwondo in Canada

Taekwondo Canada regrets to announce the passing of a pillar of the genesis of taekwondo in Canada, namely Grandmaster Stan Nikiel. 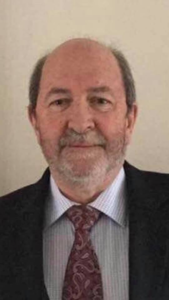 Stan Nikiel was promoted to 1st Dan as part of the second Dan level promotion test in Canada, 6 months after the first promotion. Almost 20 years later, he reached the master’s level in taekwondo in the second master class exam in Canada.
Stan Nikiel was a member of Chong Lee’s team that presented the first taekwondo demonstrations in Canada at the Korean Pavilion at Expo 67 in Montreal.
Known as a demanding, uncompromising and dedicated teacher, he was an excellent teacher and trainer and guided his taekwondoists to surpass themselves.
Stan Nikiel and his brother, the late Ray Nikiel, both taught at GM Chong Lee’s dojang for many years, making their students the best fighting team ever produced in Canada. He was also a member of the Rank Committee of the Chong Lee Taekwondo Schools Network.