Park, 22, qualified for Tokyo 2020 after finishing fifth in the World Taekwondo Olympic rankings for the -57kg category. She has been impressive in her first two events after a one-year hiatus in competition due to COVID-19. She won gold at both the Spanish Open in April and again at the Senior Pan Am Championships in June. 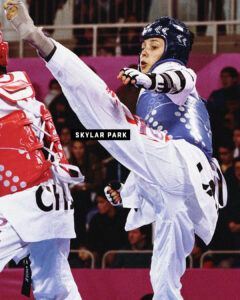 “I am very thankful for everyone who has supported me and continues to support me on this amazing journey. I am excited and honoured to represent Canada at my first Olympic Games. To be going to the Games with my dad (Jae) as my coach makes it even more special,” said Park

“I don’t know when it started, but I always remembered saying as a child that I wanted to win a gold medal for Canada at the Olympics. I am very excited to have the opportunity to put on the Canadian uniform and try to make that dream a reality.”

Park has put her name in the mix of top athletes to watch at the taekwondo venue in Tokyo following a stellar 2019 season where she claimed the bronze medal at the World Taekwondo Championships, the silver medal at the Pan American Games, in addition to winning three bronze medals on the Grand Prix Tour. She first made her mark on the international scene when she won the 2016 World Taekwondo Junior Championships.

Park was born into a taekwondo family of 16 blackbelts. She naturally started in the sport as soon as she could walk and has been on a steady progression ever since. Starting at the recreational level, she began competing at a young age at local tournaments – where she fell in love with the sport – and has not looked back since.

The Park family will play a key role in Skylar’s pursuit of the Olympic podium. Her 20-year-old brother, Tae-Ku, will serve as her training partner in Tokyo, while her dad will be coaching. During the pandemic, they have been training in the family basement which was converted into a gym.

Park will be joined in Tokyo by one of her mentors, and teammates, Yvette Yong. 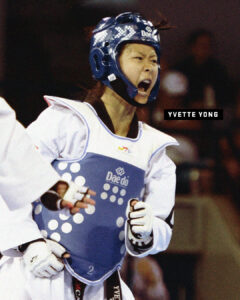 Yong, who is currently ranked 10th in the World Taekwondo Olympic rankings for the -49kg category, will make her Olympic debut in Tokyo after receiving one of the sport’s reallocation quotas from World Taekwondo.

A two-time member of Team Canada at the Pan American Games, Yong had a medal-winning start to international competition coming out of the COVID-19 stoppage. The born and raised Vancouverite who is now living in Toronto won the bronze medal at Senior Pan Am Championships in June.

“Competing at the Olympics has been one of my dreams since I was a young athlete,” said Yong. “I’ve always been proud to represent Canada internationally for competitions, as a member of the Canadian Armed Forces, and now for Team Canada at the Olympic Games! This is a dream come true. I hope to make my country proud because there’s no other flag I would rather wear on my back!”

The best Canadian results in men’s taekwondo events are the quarterfinal appearances by Sébastien Michaud (-80kg) at Beijing 2008 and François Coulombe-Fortier (+80kg) at London 2012.

“Taekwondo is an incredible sport to watch. It would be easy to dream about being the athlete who throws those lightning punches and kicks, but then you have to realize that you also have to be the athlete receiving those thunderous blows,” said Team Canada’s Tokyo 2020 Chef de Mission, Marnie McBean. “During Canada’s stay-at-home orders, I know Skylar trained at home, sparring with her brothers, what would be forbidden in most homes was an amazing opportunity in theirs!”

Taekwondo will be held at Makuhari Messe Hall A and will take place July 24 to July 27 (Days 1 to 4).

Prior to being named to Team Canada, all nominations are subject to approval by the Canadian Olympic Committee’s Team Selection Committee following its receipt of nominations by all National Sport Organisations.