Taekwondo Canada is pleased to announce its team for the 2021 Senior Pan American Championships being held in Cancun, Mexico. Team Canada will consist of 15 Kyorugi athletes who are now on location training for the event that will take place from June 3-4 at the Hotel Crown Paradise Club.

Over 250 athletes from across the Pan American region will be competing at this event. This is Taekwondo Canada’s first team which will be competing internationally since the COVID-19 pandemic postponed and altered events around the world. Team Canada consists of the following members: 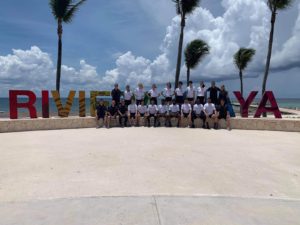 “Taekwondo Canada is very happy to be competing again and wishes all the Canadian athletes the best of luck in this event” said Executive Director Dave Harris.

Keep an eye on Taekwondo Canada’s social media for results and updates. The schedule of competition dates are as follows: